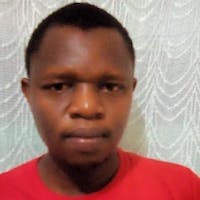 Git is a distributed version control tool which supports non-linear workflows while providing data assurance, this means through git, developers can manage changes made in a project from initialization to deployment. What is the difference between Git and GitHub Many developers confuse between Git and GitHub. As explained in the Introduction section, Git is a version control tool while on the other hand GitHub is a cloud hosting platform for your files, through the platform developers can upload and manage there code through a great open source user Interface.

Git is known to have the following features which make itone of the best tools in version control. a) Compatibility with other version control Systems Git is compatible with all operating systems currently being used in the world ranging from windows, Linux, Unix to Mac OS. It can as well access repositories in other version control systems like Beanstalk, Perforce, Apache Subversion, AWS Code-commit, CVS Version Control (Concurrent Versions System) and Git Lab. For instance on Beanstalk you can associate a different environment with each branch of your code in Git, and when you checkout a branch changes are deployed to the associated environment. Moreover on Concurrent Versions System(CVS) Git has a CVS server emulation which makes use of CVS clients and IDE plugins to access git repositories.

With git anyone as long as he/she is authorized by the product owner, then contributing to a project is easy because he/she can do it remotely, one just needs to pick up part of a project, add the required code, commit and push changes for them to reflect in the whole project. Git will always support rapid branching and merging and include specific tools for visualization and navigating to non-linear development history.

A branch is a unique set of code change with a unique name. A developer can have many branches in a single repository. Through branching a user is able to work on a line that runs parallel to the main project files. What makes this feature great is that a developer can makes changes to a piece of code without affecting the origin version of the application or the project at hand.

Open source basically means, source code which anyone can inspect, modify and enhance. This gives more freedom to Software engineers when developing a product. Git is free and open source, it is able to handle both small and large projects in the world for free with speed and efficiency. Since its open source users can modify code as per their needs hence great flexibility achieved. Moreover due to this feature many users can work on the same projects while located in different parts of the world. It is evident that when a tool or software is open source then it enjoys more advantages like, less hardware costs, high quality software since many developers are working on it, integrated management because it will use common information model and web based enterprise management, increased scaling and consolidation due to options of load balancing and clustering. All these merits make Git a great tool for version control.